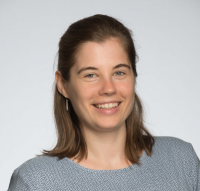 This email address is being protected from spambots. You need JavaScript enabled to view it.

Marion Rockwood is an Associate Portfolio Manager at The de Burlo Group, where she is responsible for analyzing investments from an ESG perspective, conducting equity research, and assisting in client reporting. Marion is a graduate of Oberlin College, where she earned her B.A. in Economics, Environmental Studies, and Anthropology from Oberlin College. She holds the Chartered Financial Analyst® designation, and is a member of the CFA Society Boston and the CFA Institute.

BASIC’s president helps to coordinate the management team’s efforts and lends support to the individual BASIC chairs as needed to make sure that BASIC is executing its mission. The president is also responsible for evaluating strategic partnerships.

The Case for a Rigorous ESG Certification

While the broader financial analyst community has its Chartered Financial Analyst (CFA) certification process, the ESG community has nothing comparable and would benefit from the implementation of a process similar to the CFA Program. The ESG certification process would credit individuals possessing a body of knowledge about responsible investment and be earned by having individuals pass one or more examinations with meaningful subject matter and that were sufficiently challenging to have a limited passrate. The certification process suggested must be well respected for being serious and rigorous, in order todemonstrate commitment to the field and value to employers.

On Monday, December 14, 2015, the Boston Area Sustainable Investment Consortium and US SIF: The Forum for Sustainable and Responsible Investment held a lunchtime seminar at Putnam Investments near Post Office Square in Boston, MA. The speaker was Lisa Woll, CEO of US SIF.

On the rainy evening of March 28, BASIC members and folks interested in sustainable real estate gathered at the LEED platinum-rated Atlantic Wharf to hear USGBC-MA executive director Grey Lee speak about the U.S. Green Building Council’s GRESB tool for investors. Before the talk, there was some lively networking, where attendees could get to know one another and make connections to pursue after the event.

On February 14, 2018, BASIC-Boston and Reporting 3.0 collaborated on an event hosted by Brown Advisory. The speakers, Reporting 3.0’s Bill Baue and Ralph Thurm conveyed an urgent message that business-as-usual is not going to cut it when it comes to achieving true long-term sustainability and that the ESG industry should not get lulled into thinking that current company disclosures are sufficient.

On June 7, 2018, BASIC-Boston and Boston’s Marjory Stoneman Douglas alumni chapter collaborated on an event hosted by Hemenway & Barnes. Below are some resources that were referenced over the course of our discussion.

On April 18, 2018, BASIC-Boston and the Corrections Accountability Project (CAP) collaborated on an event hosted by Zevin Asset Management. The speaker, CAP’s Bianca Tylek, described her organization’s formidable attempt to comprehensively list over 3,100 corporations involved in the prison industrial complex.

In honor of our 10th anniversary, BASIC would like to announce a new research grant for projects that benefit the ESG community. The topic and structure possibilities are broad, but the resulting knowledge would belong to the entire community and become part of the public domain. Please send proposals to grant@lists.bostonsri.org with a description of your project. The BASIC management team will allocate $500–$1,000 to the winning project(s).